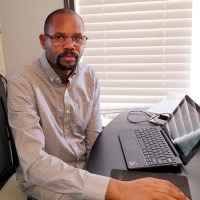 Hello, I’m Ezekiel Kiyeny currently enrolled as a fourth-year student at University of Lethbridge and major in Human Resource and labor Relations. Like many other students, I’m gearing to start my career once I graduate.

I was born in Eldoret (The City of champions), Rift valley, Kenya. Where I did my Primary, intermediate, secondary, and post-secondary education.

I finished my first undergraduate from Kisii University in Kenya, where and graduated with second class honors upper division in Bachelor of Commerce Marketing option. While in Kisii University I had the privilege of being in leadership in all my years as class representative and the Secretary General in student’s union.

Since I join this premier university I have involved in voluntary activities with the students and the local community with the Lethbridge Public Interest Research Group.

The latest being the campaign of stopping the UCP Government reducing funding in our Colleges and University in Alberta. In this regards I have achieved experience on how to lobby for the interest of the students and being the rapporteur with the community.

While being a student I’m a part time in cavendish Farms, in the department of repacking whereby I have gained some experience too working as a team, learning a lot in labour relation, conflict resolution and arbitration.

What do you know about the position you are running for?

A person elected from amongst student candidates in a general election or by-election to serve in the executive role which principally concerns itself with external issues.

1. The VP External of the Students’ Union: Is tasked with maintaining an awareness of current issues and developments related to all levels of government relevant to the Students' Union and University of Lethbridge students.

The primary advocate of students to all external stakeholders.

Is the primary delegate to the Council of Alberta University Students (CAUS) and the Canadian Alliance of Student Associations (CASA); In the case the VP External is elected to the Board of Directors for CASA, the President becomes the primary delegate; Is the primary liaison to the University of Lethbridge Calgary Campus, Is responsible for promoting the Students' Union to the external community through a variety of projects and events.

What are some of the initiatives you would like to implement if you are elected?

As the Vice President External at the University of Lethbridge, I will bring extensive leadership and a deep understanding of the university environment to the role of vice-president, external. Under my role, I will be responsible for fostering the university’s reputation and heads-up key areas, including:

Despite overwhelming evidence that investing in PSE makes sense for Canada’s social and economic well-being, both provincial and federal governments are persistently underfunding PSE.

Universities and colleges have seen the proportion of government funding plummet since the 1980s. In 1982, 83 per cent of university operating revenue came from government funding. Today, it accounts for only 50 per cent. The federal government’s per-student contribution (adjusted for inflation) has dropped from $3,291 per student in 1992-93 to just $2,020 per student in 2016-17.

The decline in public funding has led many post-secondary institutions to accept corporate donations and contracts that come with strings attached. In some cases, this has even meant control over hiring, firing, research results and academic curriculum. Because of a lack of transparency on the part of many colleges and universities, the public doesn’t know aware or not the donor has been given control over employees or academic processes hence giving oversight to events promoting our premier university in the southern Alberta.

I will serve on Council of Alberta University Students (CAUS) and the Canadian Alliance of Student Associations (CASA); In the case the VP External is elected to the Board of Directors for CASA, the President becomes the primary delegate; the primary liaison to the University of Lethbridge Calgary Campus and many other external committees and working groups that impact the social, cultural, and economic development of the University of Lethbridge.

With over years of experience, and with able incoming team of collaborative leadership style will demonstrated my commitment to students, integrity, and teamwork. I am passionate about the experience our students have on campus and impact we have on our community.

Thanks for reading, vying for VP External Ezekiel Kiyeny

What are you looking for?